Romy gets more than she bargained for at the St. Patrick's Day Parade

Oh my god. Those are the three words I’d use to describe the past four weeks.

St. Patricks Day, a concert, holidays, family visit and realising that it’s only two months now until I must go to Germany again, all of that happened in the last month! Let me start with the biggest event in Ireland – St. Patricks Day. Because again: Oh. My. God. St. Patrick was the Saint who converted Ireland to the Catholic belief and on his date of death, the 17th of March, people celebrate him.

Galway had a parade as well and it was my plan to watch the parade, but I didn’t….I was the parade!

Well, obviously not me alone, but half of the fifth carriage in the Galway parade this year was German! In the picture, you can see me and Francesca in the parade. 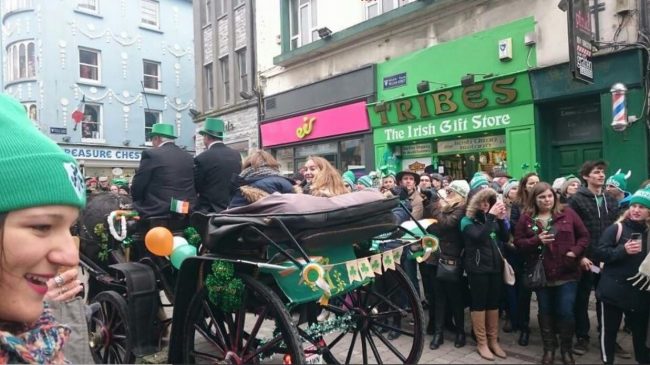 It was an amazing experience to see the whole city waving at you, and waving back.

After the parade ended, we still had time to watch the last few acts and when the last person left the road, we went to meet a few friends. 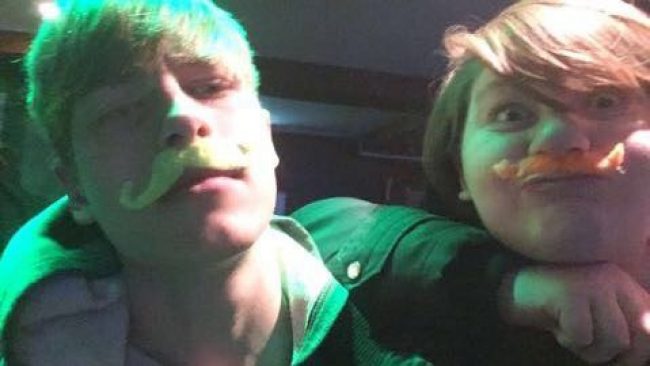 We had Easter holidays this month and for six days, my family came to visit me. I was so excited about this and when I saw them I was the happiest person alive!

We went to a place everyone wants to see when they come to Ireland, you guessed it: The Cliffs of Moher!

My sister had to buy fake glasses (for the style…) and when I tried them on, I looked EXACTLY like my dad. You can see us in the picture. I’m not sure yet if I like how much we look alike… 😀 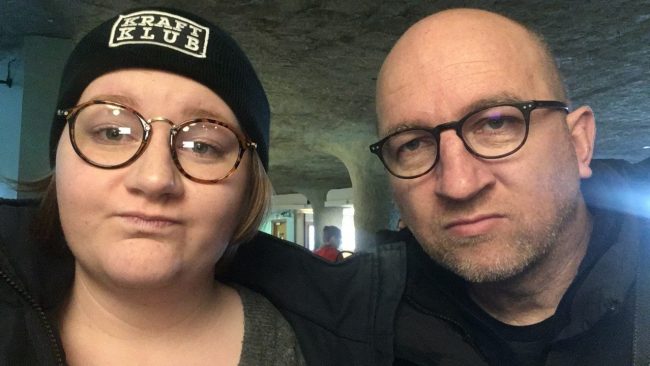 But of course, we didn’t just go to the cliffs, for three days we went to Cork. Francesca came with us and you can see us in the picture in the so called “English market”.

We’re standing in front of the stand that sold a ton of olives and wanted to eat every single pot. It was very nice to get to see Cork, but in the end we both preferred Galway!

To get there, we had to take the ferry above the River Shannon, the famous “ferry to Kerry”! It was lovely weather that day – do you see the sun in our faces?!

The holiday with my family was lovely, but now that it’s only two months until I’ll go back to Germany, it wasn’t too hard to say goodbye to them again.

What’s going to be strange back in Bavaria again, is that teachers won’t do roll-call anymore. I got so used to that, especially to Irish people trying to pronounce my name the right way (no hard feelings – not even Germans can do that!).

The last thing I want to show you, it was the European tour of my favourite musician, the rapper Macklemore! It was a gorgeous evening and I really enjoyed it!

I hope you had beautiful Easter holidays as well. You’ll hear from me in a few weeks, 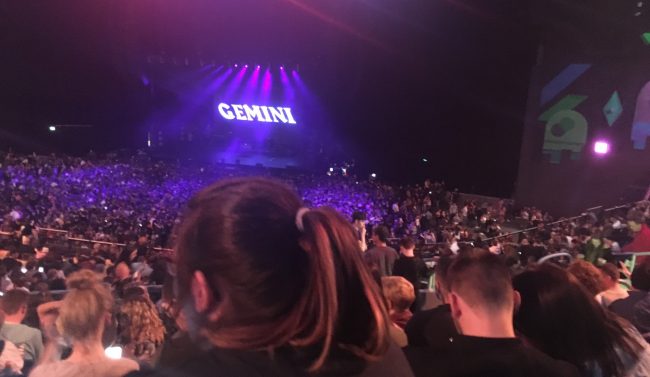