These last weeks have been … I can’t find any words for them. The first thing that happened was the talent show, which was awesome, the presenters were incredible, and you could see how much talent there is in this school, I don’t know if it’s like that in all Ireland, but every time I hear someone singing it’s like heaven, with some exceptions of course.

Then there was the mid-term break, it was so relaxing, but it wasn’t as warm as I expected. That was bad, because I didn’t take any jacket, and one day I went to see the football match of my brother and I had to borrow his tiny small jacket… But well, I didn’t stop in the whole week, it’s so bad, because at first I always thinks that I’m going to expend my week sleeping or something, but then I realise that there are so many things that I can do, like going training with my antciant team.

But after the mid-term started, we had one week until the musical, and everyone was stressed out, that was fine, until you realise that exams are in two weeks. I had rehearsals pretty much every day until 21:30, so I just had 45 more minutes of prep, so most of the days I had to stay until late to keep doing homework and study. And then it became worse! Because the three days of the musical, I arrived at the room at 23… But apart that it was an awesome experience, I couldn’t believe it. On Tuesday my friends came to see me, and I was so nervous, and I couldn’t concentrate on the actual dance, I just could think that I would fall or something, and at the brake between acts, one of my friends came to see me, even if she wasn’t aloud and she said “Clara smile, you know it” and that just make me look for all the confidence that I have, normally is not much, and I did it, and I’m so proud, I had the best time in a while thanks of her, and my confidence has increased, in a really good way.

Well, I’ll tell you in a few weeks’ time! 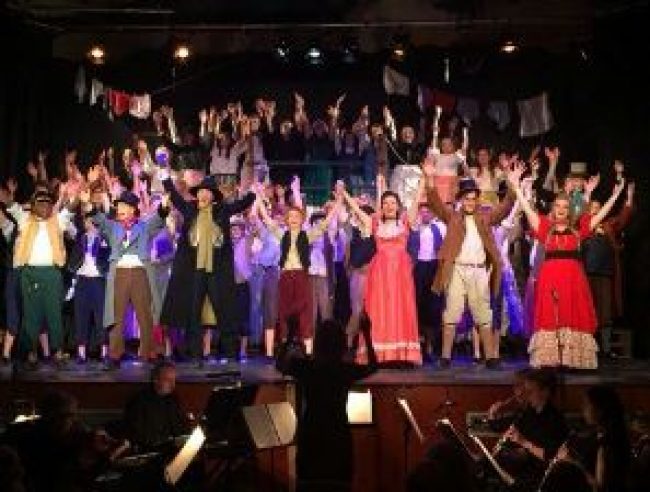