Clara is Preparing for Her Leaving Cert

I’m back. These last few weeks have been awesome and really scary at the same time. Last Friday we had Valedictory, during the day we got disguised, it’s a tradition of this school, I’m not sure if they do it in other schools… Our theme was circus freaks, which I really hated, I don’t think there is much to do with these themes and it’s quite boring. But well, we had to go with it, so me and my roommate got disguised together, she was a puppet, and I was the person that moves around the puppet, and it was quite bad, because no one realised what we were!

At night it was the actual valedictory, and that was the scary part, because I had to meet the parents of my boyfriend. In the actual moment it wasn’t as bad, but before I was so so nervous. And the thing is that my parents were there as well, and we were all going to meet! Don’t you find that scary? But well, we got over it, and we made it.

First we had a chapel ceremony – it was students singing and playing the piano, and basically doing everything in the ceremony. I wasn’t involved, I have no talent in music. I think I would only make someone hear me sing if I really really hate them, and I don’t think there is that much hate in the world.

Then we had the dinner, where we, the students, had to serve. I was so scared a disaster would occur. With all the girls in heels, come on, something had to happen, but happily not to me! After that, all the student went to a club, and it was really nice, and there was other valedictories celebrations occurring there as well so we got to know a lot of people. It was relly nice.

But after that awesome weekend, the worst part starts, we have the leaving cert in 14 days. I spent my whole day studying, but I generally don’t think it’s working and I need to get an A1 in maths and physics for the course I want in England. But that is not even the worst part! Next Thursday I have to go to Barcelona to do the Spanish exam, of maths and physics, just in case I don’t get in in England, and the course is so different. But the worst thing about that is I’ll be staying with my uncle, aunt and their two awesome children, and I have already accepted that there is no way I’m going to study there! 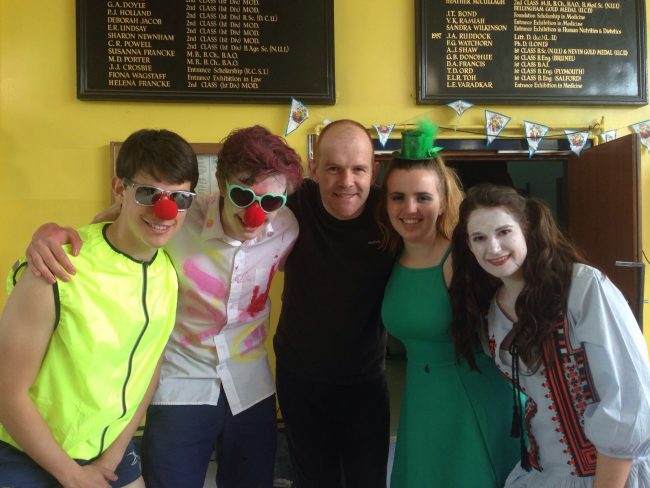