Missed me? It’s been a month already, isn’t it crazy? It doesn’t feel like a month. I have a weird feeling that I’ve been here for ages, but at the same time it feels like only a month.

They say people bond over similar experiences, I’ve never agreed so much with a statement as I do right now. I’ve met so many amazing people in the last few weeks, but it feels like we have known each other since birth, we go out a lot to do the silliest things that you don’t even need someone else to do it with you.

I’ve been hearing at least three different languages per day, and it’s amazing, meeting people from all over the world, China, Japan, Italy, Czechoslovakia, Germany, and being able to connect with then over the simple fact that we are going through the same experience, I’ve never felt anything like this before.

Anyway, nothing out of the ordinary has happened this last few weeks, I could say that I visited the pier the beginning of the evening and that I saw the most beautiful view of the sea coast of my entire life 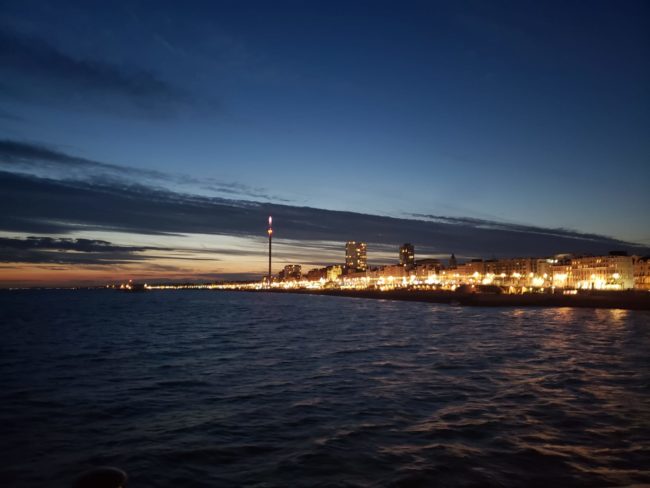 But this is not a uncommon thing anymore, almost every day that I go to the sea front I’m able to see beautiful scenes like that, Brighton it’s a beautiful city and I couldn’t have chosen a better city to do my exchange.

It’s weird listening to my Brazilian friends talking about how Brighton is a small city, when my perception of Brighton is totally different. For me, who lived all my life in a small town Brighton quite big, and I’m impressed I didn’t got lost yet.

After a few weeks here I began comparing England to Brazil, and at the same time that they have a lot in common, there are a lot of differences too. For example ninety percent of the days are like this, cloudy and windy, if you see in the weather app that there is a probability of raining that day, take your umbrella out with you, even if the probability is of five percent. 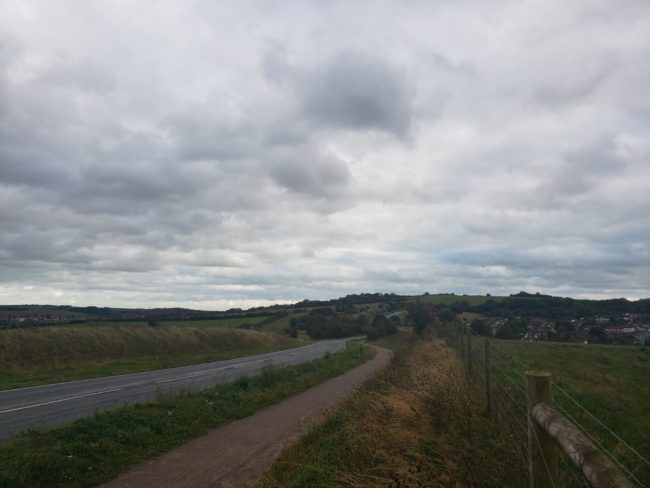 In Brazil, at least where I live, ninety percent of the days are sunny with temperatures over twenty four degrees, even if at six am in the morning is fourteen.

Another difference to Brazilian weather is that we don’t have one day of rain in the winter, it’s a really dry season. Here is the complete opposite, it is almost winter, or it’s already winter (I don’t know) and it’s raining almost every single day, even if it is 10 minutes in the evening.

Almost everything here comes in packages or it’s packed in some other way.

It’s rare the things you buy here to eat and they are not half way done for you, like chopped onions, spiced rice that you only need to put in the microwave, sliced fruits, or as you can see passion fruit in a package. Anything, name it and they have it half way done to make your life easier.

It’s quite different from Brazil where you buy the whole thing in a small market and do it yourself.

Please don’t get me wrong, the food here is good, look at this amazing dinner my host dad made for me the other day.

Here the big meal of the day is the dinner, not lunch like in Brazil, for example they have a normal breakfast in the week days (on Sunday they have a proper English breakfast) like, cereal, tea, bread with something, quite similar to Brazil. For lunch they have a simple small thing too, like a cheese toast, or anything of like this, very different from Brazil where we have a plate of rice, beans, some type of meat. And then for dinner they have a big meal as the picture shows.

I’m not complaining, quite the opposite, in Brazil I had to cook something for dinner, or eat the left overs of the lunch, it wasn’t bad, but who am I to complain about a home cooked meal like that? My host dad is really good in the kitchen, I don’t know if I got lucky or English people are great cookers. 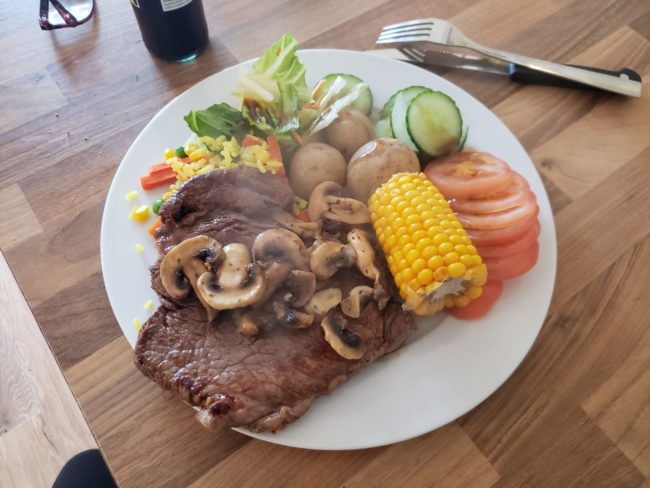 I gained some weight since I got here, and I think I can blame this cookies, they are amazing, seriously, every time I go into town I have to buy one of those, they are crispy one the outside and soft one the inside, I can’t put into words how good they are, and I don’t even like cookies that much.

I know, I know the pictures I’ve been sending to you are kind of abstract and are not really of events or anything, but I wasn’t the type of person that takes pictures of everything in Brazil, and I am not that person here either, I can’t it’s in my nature to forget to take photos when something is happening, I like to enjoy the moment and have memories in my mind, I don’t need pictures for that.

I promise I will try to take more pictures, and send you next time, but that is all I have now. 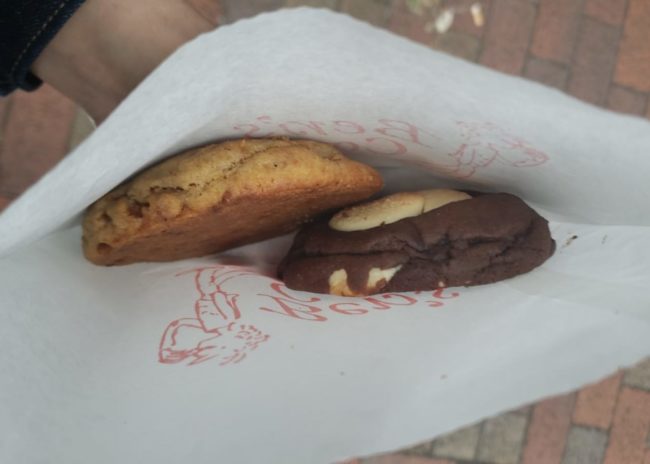 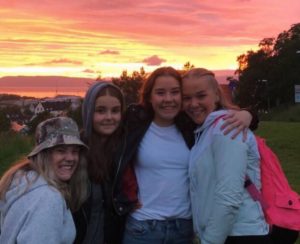 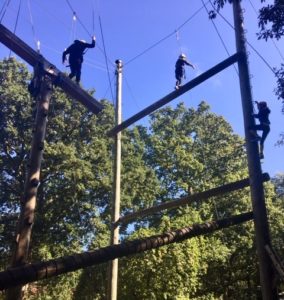