A Lesson in Optimism and a Boost in Confidence

If time is busy, you may not notice that time is flying so fast. Next week, I will go back to China even I just have a tiny half term of one week. These days, all things seem to gather and to be honest, I can feel the pressure all the time. The assembly, the practical examination for summer, the application for Head Girl Team, CV used to find work experience and others make my daily life full of work, however, I have to say I quite enjoy them.

Just last Friday, my friend and I did an assembly for the whole Sixth Form and its theme is about being optimistic.

(The following is part of our assembly!)

G: Hi, everyone! Our assembly today is about being optimistic, but before the assembly, let us begin by asking some questions.

J: How many of you guys hate waking up so early to go to school?

G: How many of you guys get really confused after a complicated lesson?

J: How many of you do not want to do the Mock after a tiny half term?

G: This can be our daily life, which is full of negativity.

J: Let us imagine, you just wake up from your warm bed, think about your school day in this kind of way, the most possible thing you might do is to shout “ oh, dear!” (Together!)

G: Life is so difficult, however, do you know there are other people having more serious suffering than you?

G: We would like to tell you a story, by an unknown author…

There once was a woman who woke up one morning, looked in the mirror, and noticed she had only three hairs on her head. “Well,” she said, “I think I’ll braid my hair today.” So she did and she had a wonderful day.

J: The next day she woke up, looked in the mirror and saw that she had only two hairs on her head. “H-M-M,” she said, “I think I’ll part my hair down the middle today.” So she did and she had a grand day.

G: The next day she woke up, looked in the mirror and noticed that she had only one hair on her head. “Well,” she said, “Today I’m going to wear my hair in a pony tail.” So she did and she had a fun, fun day.

J: The next day she woke up, looked in the mirror and noticed that there wasn’t a single hair on her head…. Do you know what she said? “YEAH! I don’t have to fix my hair today!”

J: Not just fictional characters will be so optimistic, but we would like to introduce an inspirational person, who showed great optimism throughout his life.

G: Nelson Mandela, who is the South African activist and former president, helped bring an end to apartheid and has been a global advocate for human rights. A member of the African National Congress party beginning in the 1940s, he was a leader of both peaceful protests and armed resistance against the white minority’s oppressive regime in a racially divided South Africa. His actions landed him in prison for nearly three decades and made him the face of the antiapartheid movement both within his country and internationally. However, he was always filled with optimism and hope for life. Released in 1990, he participated in the eradication of apartheid and in 1994 became the first black president of South Africa, forming a multiethnic government to oversee the country’s transition. After retiring from politics in 1999, he remained a devoted champion for peace and social justice in his own nation and around the world until his death in 2013 at the age of 95.

J: “I am fundamentally an optimist. Whether that comes from nature or nurture, I cannot say. Part of being optimistic is keeping one’s head pointed toward the sun, one’s feet moving forward. There were many dark moments when my faith in humanity was sorely tested, but I would not and could not give myself up to despair. That way lays defeat and death.” This quote, which is said by Nelson Mandela, has inspired many people.

G: The other thing we need to mention is the background music (which we used in our assembly), which is sung by the Hong Kong band Beyond to commemorate Nelson Mandela.

J: Being optimistic has so many advantages.

G: It provides you a reason for living.

J: It reduces the level of stress experienced.

G: It gives you peace of mind.

J: It allows you to deal with failure constructively.

G: It builds resilience in the face of adversity.

J: If you don’t take anything from this assembly, we just would like you to remember to be optimistic in your life, and maybe one day, you will find its importance.

J.G: Thank you for listening.

Through all the linking between question, video and stories, I would say that it was a real success. Even I felt quite nervous at that time, the claps given to us made me feel proud and really wanted to do it again. In my opinion, participation is the most important thing in our life, despite you will experience a lot of barriers and problems, despite sometimes you pay a lot but get nothing back, you should try. Life is full of mystery and challenges, isn’t it? 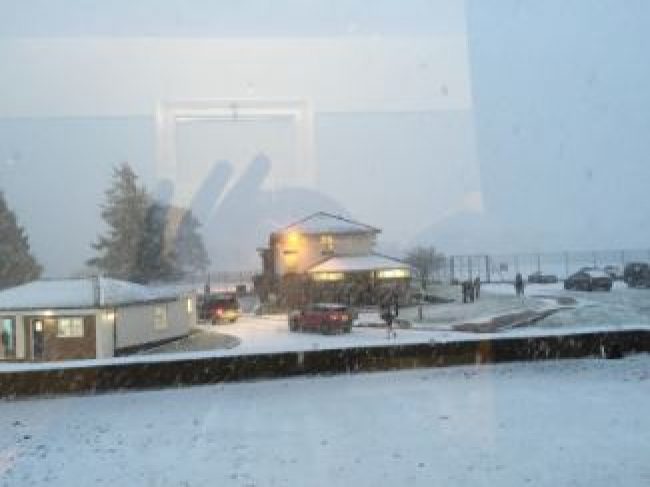